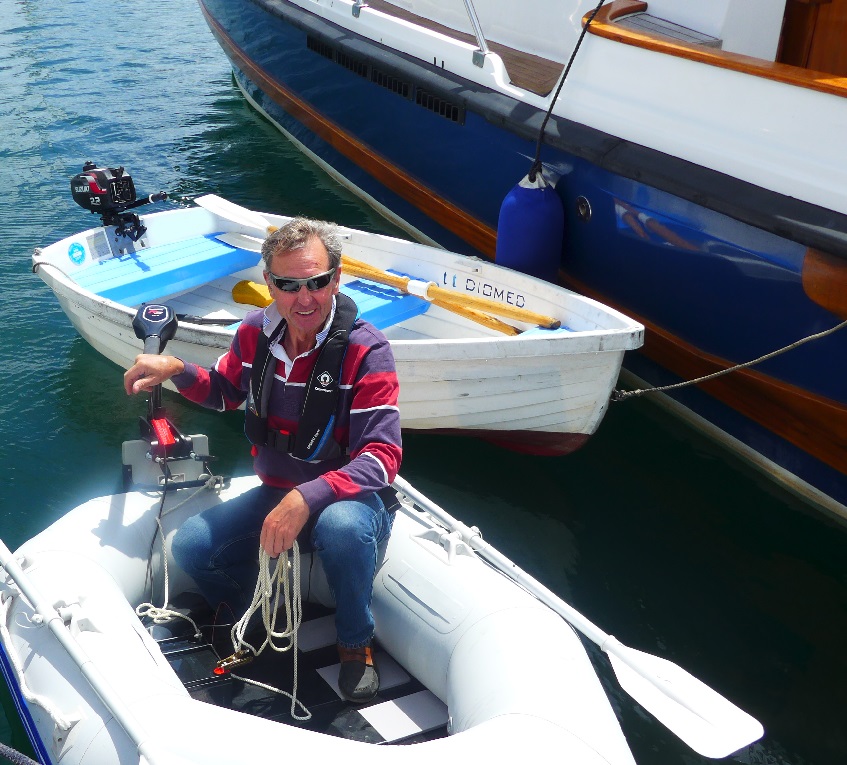 What could possibly go wrong?

The weekend cruises in company organised by Chichester Yacht Club, are considered truly cool within the sailing fraternity.  When the official cruise to Southsea was cancelled due to bad weather, a single boat was prepared to venture out, namely Lexy with her Captain Joe, accompanied by his wife as crew.  Happily the cruise, now a lone voyage, was uneventful with fair visibility and a moderate sea.   The lock into the Marina at Southsea was closed when Lexy arrived and the captain deemed this an appropriate moment to carry out some safety drill from the visitor’s pontoon; “Maritime catastrophe planning procedures”
Skipper Joe with new electric outboard        he explained haughtily to crew.

Lexy was to launch her dinghy to check the readiness of the crew and equipment for rapid deployment in the event of an emergency. The reader will understand that it is in the nature of ‘practice runs’ that shortcomings, deficiencies, flaws and the like are discovered.  Indeed drill is held to pinpoint weaknesses in the system so they can be remedied, wouldn’t you say?

To the proud satisfaction of the skipper, the dinghy was quickly and expertly launched by the crew with Joe in dinghy and crew hanging fast onto the line.  Unfortunately the line had seen better days and the crew shortly found herself holding a frayed end of rope while the dinghy, with Joe aboard, began to drift ever further and further away.

With admirable prescience the crew had already mounted the outboard in the dinghy and Joe smugly prepared to start it.  The outboard had other ideas.

“Kill cord in place, fuel in the tank, gear in neutral, air bled open – why won’t the bl…y thing start, It was only serviced last week…”

“Drifting on the tide now, no time to examine the engine, I’ll just have to row…  Where are the oars crewperson?”

“In the bilge locker on board Lexy” came the reply. 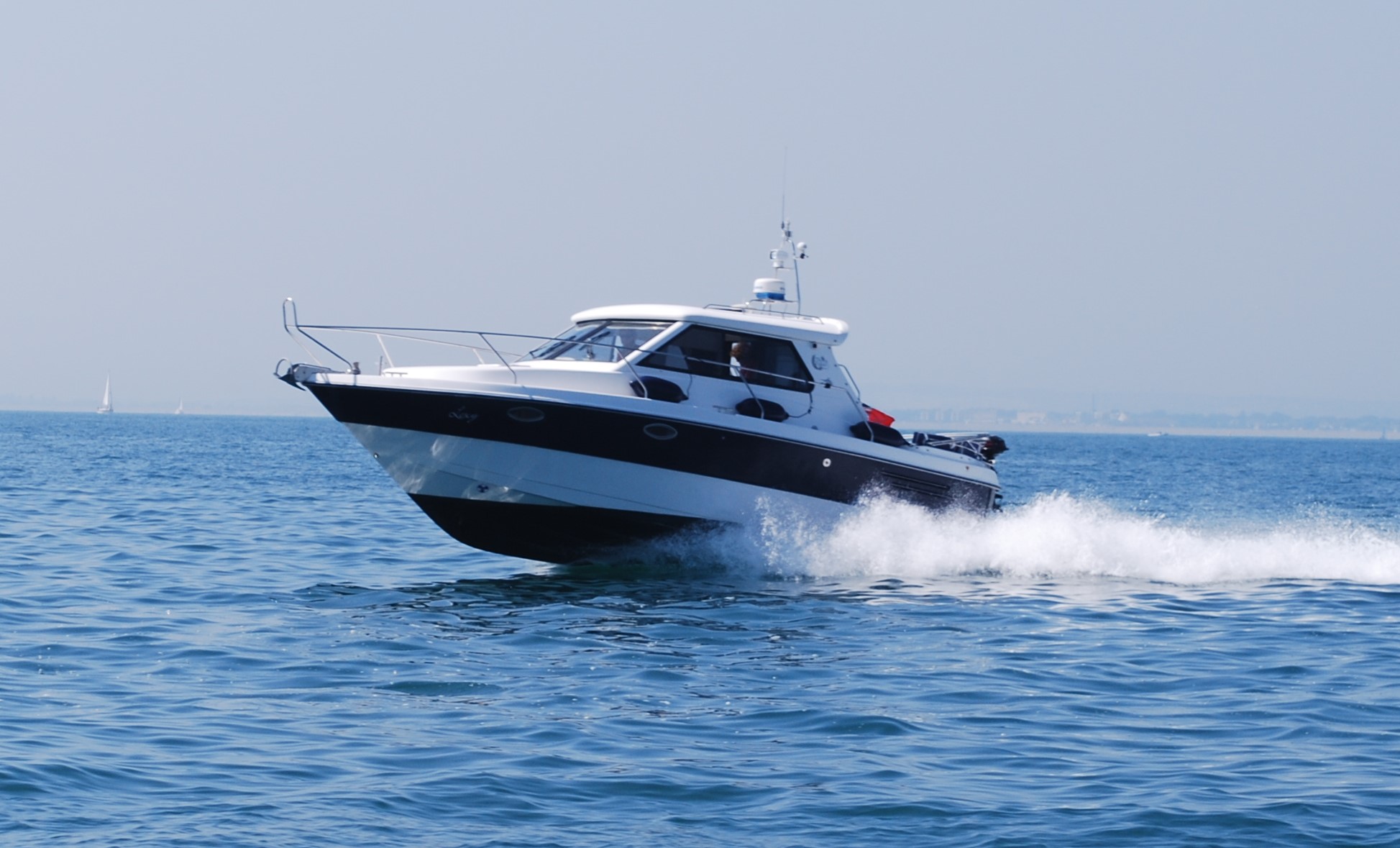 By now the crew was too far away to hear the response from the tender (just as well perhaps! Ed.), much less to pass the oars across.

Composing himself, Joe resolved to take advantage of this unforeseen opportunity to test the best method of manual propulsion in shambolic circumstances.  He can report, with some confidence, that a measured, shallow crawl in a prostrate pose face-down over the bows, creates the least splash-back while affording optimum speed through the water.

Lexy arrived back at Chichester in time for captain and crew to grab a pie and pint and the trials of the day were soon lost in the bottoms of several glasses.

A longer version of this article first appeared in the CYC Magazine on 1st November, 2014.

Probably everyone has had an experience they could communicate to inform, inspire or amuse others.  If you feel stirred to offer an insight you’ve gained, or if you have a funny story, do please send it to me using my Contact page.